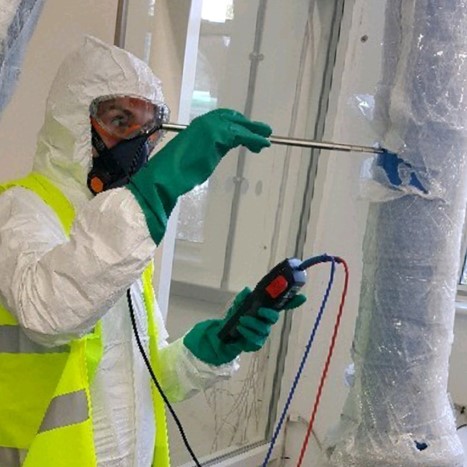 Contamination Control in our New World

Our World has within the last year has undergone a major change. The Pandemic has brought to the forefront just how important Contamination Control is in respect of Hygiene, fresh air (including filtered air) and the circulation of quality air within premises.

Clean Air can lead to a  healthy environment, mental stability and people performance in the workplace, which at present is a priority in order to keep stress levels down.  Good ventilation and the flow of fresh air with optimum air change rates can reduce the risk of virus and germ transmission.  Coupled with good hygiene practice, this increases your chances of staying healthy in this new world normal, which we have come to know.

There has been a lot of talk about droplets and Aerosol’s, and the differences between them.  This needs some clarification:

Airborne transmission is infection spread through exposure to those virus-containing respiratory droplets comprised of smaller droplets and particles that can remain suspended in the air over long distances (usually greater than 6 feet) and time (typically hours).

These modes of transmission are not mutually exclusive.  For instance, “close contact” refers to transmission that can happen by either contact or droplet transmission while a person is within about 6 feet of an infected person.

Scientific Studies and guidelines have historically used a threshold of 5μm to differentiate between large and small particles, but researchers are now suggesting that a size threshold of 100μm better differentiates aerodynamic behaviour of particles, and particles that would fall to the ground within 2 m are likely to be in the 60–100μm in size.  Investigators have also measured particle sizes of infectious aerosols and have shown that pathogens are most commonly found in smaller particles typically (<5μm), which are airborne and can travel further and ingestible in the right circumstances.

SUMMARY: Airborne transmission is different from droplet transmission as it refers to the presence of microbes within droplet nuclei, which are generally considered to be particles <5μm in diameter, these particles can remain in the air for long periods of time and be transmitted to others over distances greater than 1 meter.

As new technologies advance, the Contagious Variants pose a problem if they are not controlled. We need to focus on the impact of these Biological diseases especially the variants and scientifically study the impact they have on human life.

Contamination Control is required to control the spread of such biological diseases.  This, together with new Technology, including containment/quarantine facilities and best hygiene practices which includes certificated high PPE will ensure that we all have a future.

The Society was formed in April 1986 to fulfil a need for an organisation which would provide a forum for those who shared a common interest in the provision of clean manufacturing and product cleanliness.

© 2022 The Society for Contamination Control.